BJ’s Restaurant flew me out to Los Angeles to try some of their new menu items. I had about 30 hours on the ground to make the most of it. Everything on my agenda was food. I have been to LA once, but I was 10 years old or so. I wanted to hit some BBQ spots and some other meaty stops. Here is what I ate in my short time there:

Eggslut – My flight got in early so I had time to grab breakfast. Horse Thief BBQ is located at Grand Central Market so I had some stops in there to maximize time. I met some folks there to help with the eating for the day. I ordered the hardwood smoked bacon, cage-free over medium egg, cheddar cheese and chipotle ketchup in a warm brioche bun sandwich at Eggslut. Warm, comforting, and tasty. 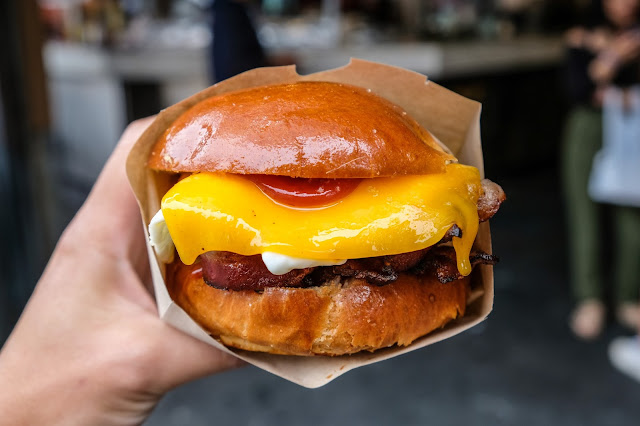 Wexler’s Deli – Just a few booths down from Eggslut. Wexler’s smokes all their meats in-house. We ordered some bagels with smoked sturgeon and lox and shared a Reuben (corned beef, sauerkraut, Swiss cheese, and Russian dressing on rye). Wonderful stuff. 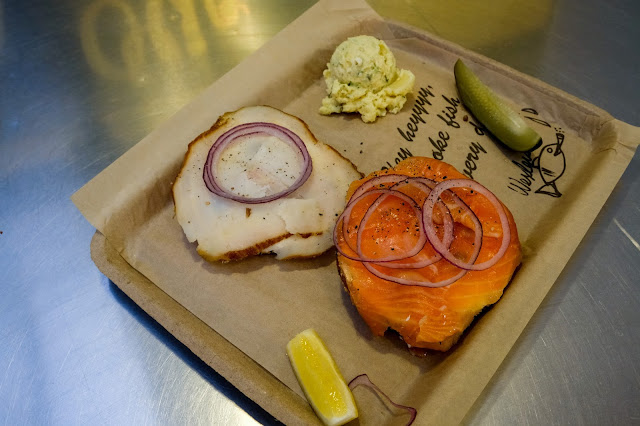 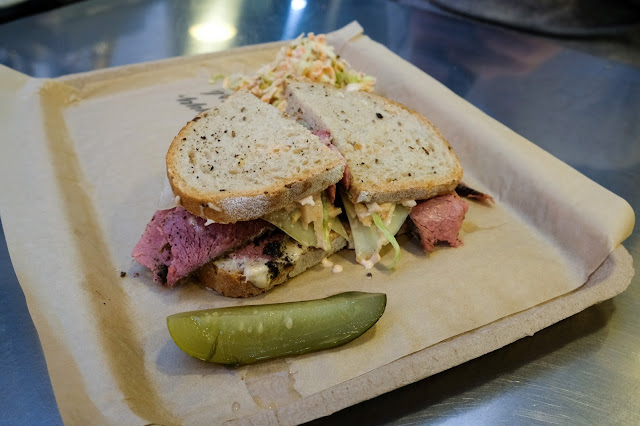 Horse Thief BBQ – My first taste of LA barbecue. I felt like the meats (brisket and ribs) we ordered were left over from the day before. They were dry. My favorite thing was the banana pudding. 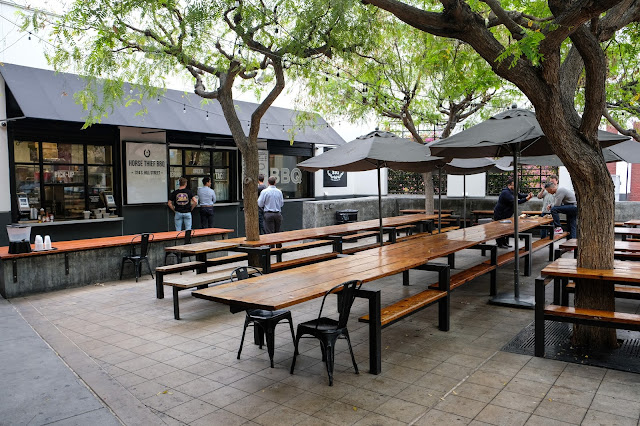 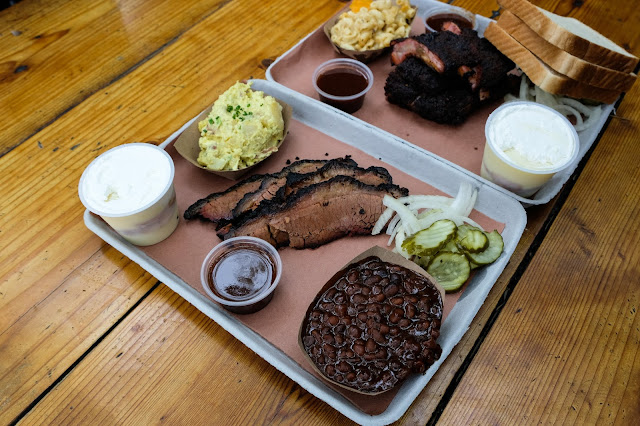 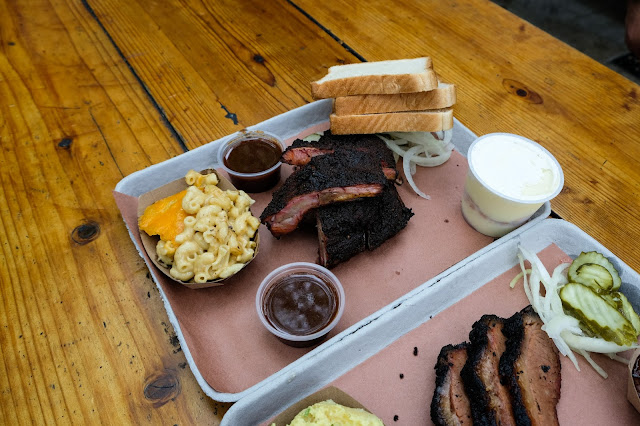 Ray’s BBQ – I met owner Ray before at the Houston Barbecue Festival. He does all his cooking on Ole Hickory’s. The meats are cooked and seasoned well. This was the best overall BBQ on this trip. He sources his sausage from Southside Market in Elgin, TX. The burrito with mac and cheese, beans, brisket, and Sausage Slammer from Southside is Instagram-worthy. The whole thing fell apart once you started eating it. Delicious mess. 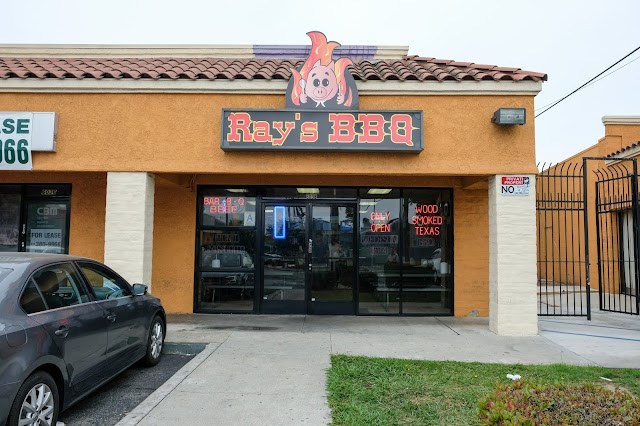 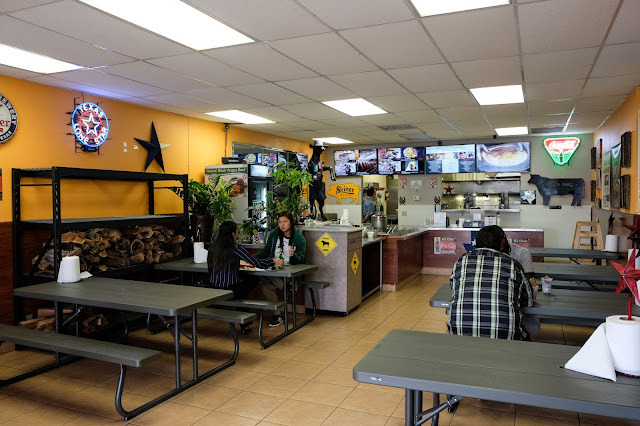 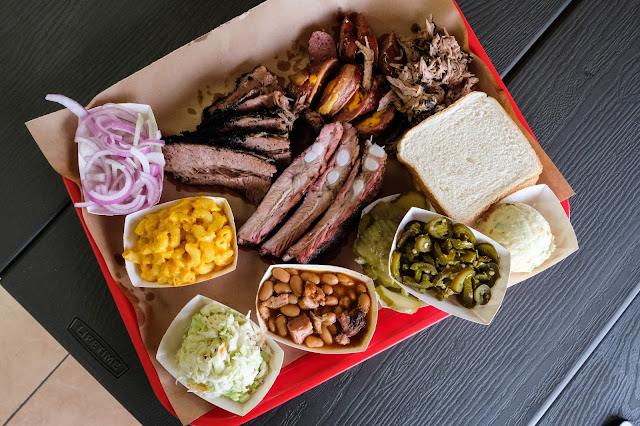 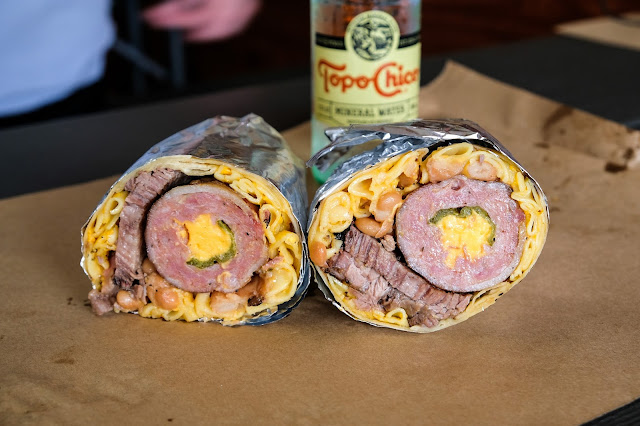 Randy’s Donuts – Started the day two off at this iconic donut stand. I was all by myself this day. The glazed yeast reminded me of Shipley’s. 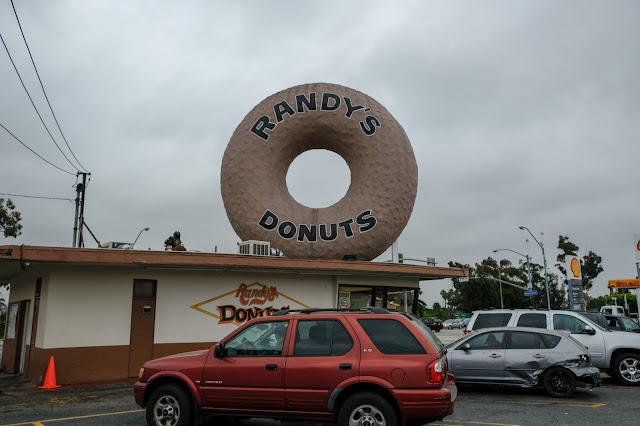 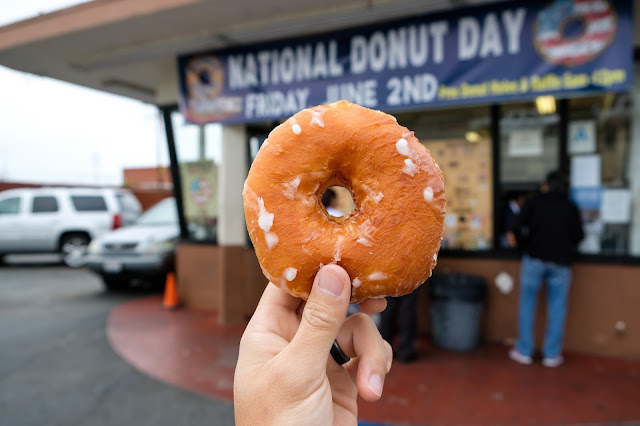 Philippe’s – Home of the original French dip. I ordered my beef dip wet. I wanted to eat it all, but it was still early in the day. The beef was tender, and the jus gave it an extra depth of flavor. The wife enjoyed the other half of the sandwich the next day. 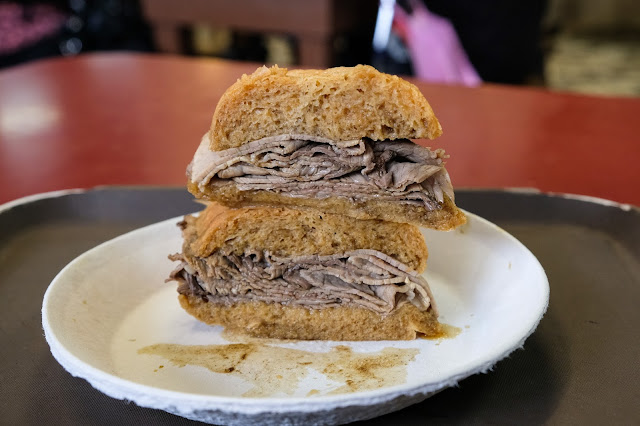 Howlin’ Ray’s – I arrived here right around 9:30 AM knowing there would be a line. I was the sixth one or so there. The line did not form till later with the early arrivers loitering at some picnic tables. Howlin’ Ray’s serves a Nashville-style hot chicken. I ordered the Hot Chicken Sando that comes with a boneless breast, slaw, comeback sauce, and pickles on a butter bun. Damn. Best thing I ate that trip. I went with Hot on the heat level. It was a nice burn, but nothing where I would need a glass of milk. Everything played so well together. I am drooling thinking about that sandwich. 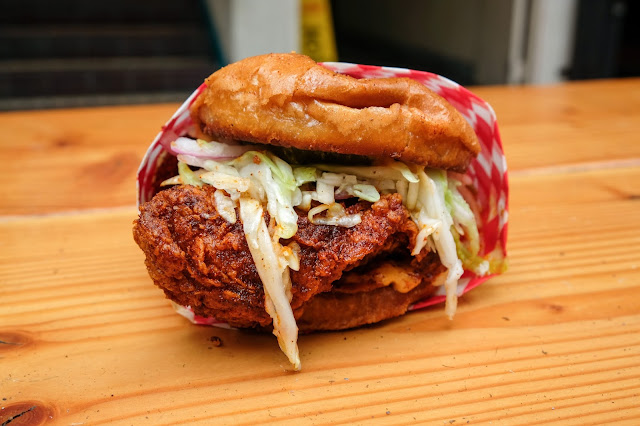 Maple Block Meat Co. – My last BBQ and meal stop of the trip. You would never guess it was a BBQ joint by looking at the “fancy” interior. I ordered the three-meat plate with brisket, pork ribs, and house-made sausage with mac & cheese and braised greens. I still regret not ordering the buttermilk biscuits. It was my last spot, and I should have gone all out. They looked good too. Dammit. The brisket was solid. Nice flavor and texture. The ribs were undercooked, and the sausage was missing a little bit of fat content. Maple Block probably had the best BBQ sauce I have tried so far. I noticed an Asian influence to it like the base was made from hoisin sauce. Dipping the sausage into the sauce brought back the same giddiness you get when dip the sausage into that mustard sauce at City Market (Luling). 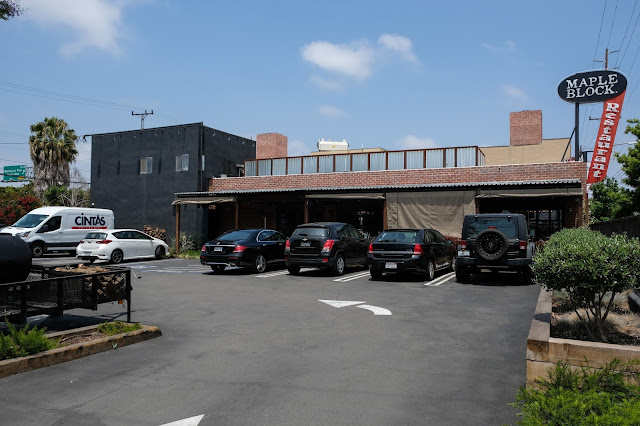 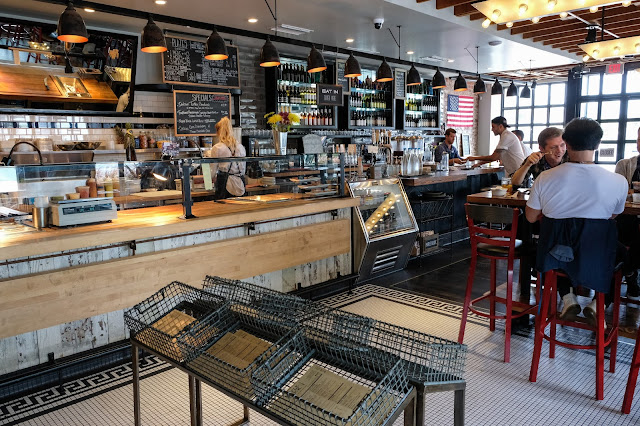 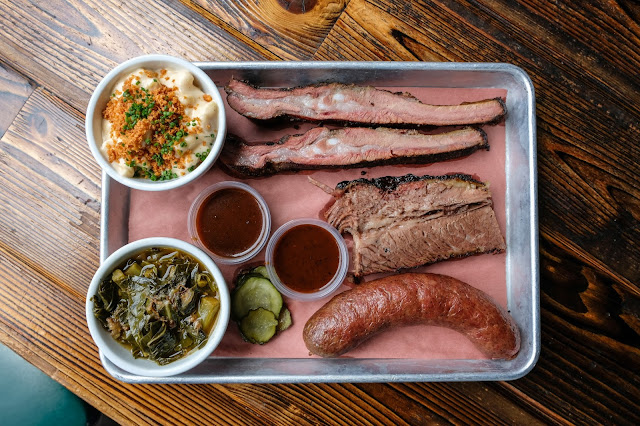 I checked out Venice Beach with the last couple of hours I had left. I think I could live in Los Angeles. There is a lot of good eats, the weather is perfect, and the ocean is right there. The traffic is something I cannot get used to though. I thought I did a pretty decent job in eating some good spots, BBQ and not. I was stuffed on the flight home. I did not eat for like a whole 15 hours.