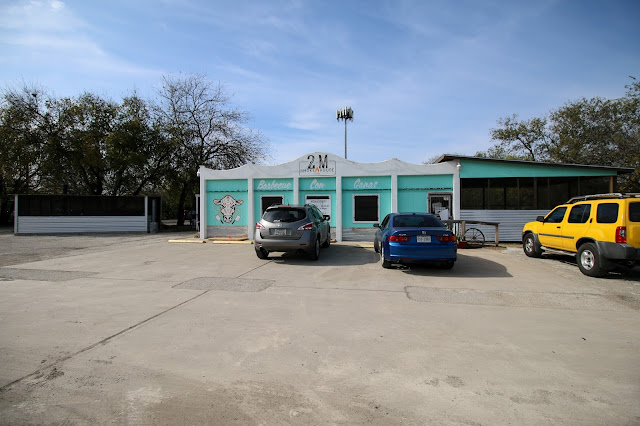 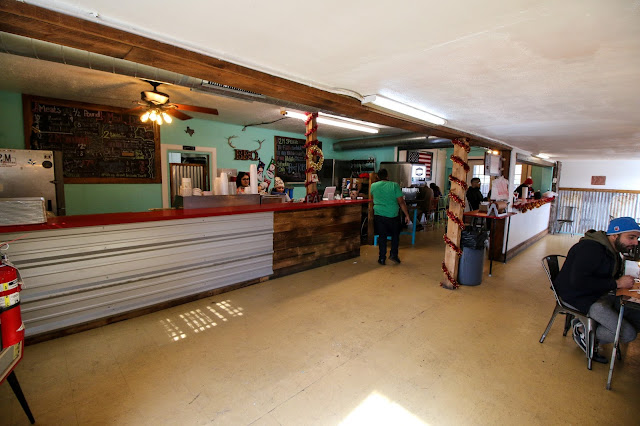 Amber and I love the brisket tamales that we got from the Smoke Shack BBQ last year. We wanted some more this year so we made the trek to San Antonio. I had to include one more barbecue stop, right? 2M Smokehouse opened in San Antonio on December 3rd. We were out of the country and could not make the grand opening. Pitmaster Esaul Ramos and high school buddy Joe Melig have been doing Saturday pop-ups while the building was being finished. Does the name Esaul Ramos sound familiar? It should be. He was the head man at La Barbecue for over a year and trained under John Lewis before that. 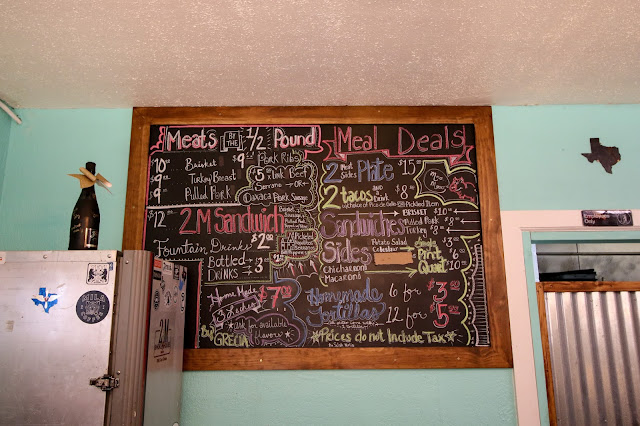 It was cold that morning, and when we arrived, there were only four people in front of us. Esaul greeted when we got to the counter and was slicing all of the meats. Amber got the brisket tacos with pico on homemade tortillas. I ordered the two meat plate of moist brisket and pork ribs with potato salad and chicharroni macaroni. I also added a link of the pork and Oaxaca cheese sausage. The brisket was cooked perfectly. Tender and juicy. It was definitely one of the better briskets I have had. The smoke and flavor rounded out the brisket nicely. The rub had some Spanish influences with salt, pepper, garlic, and cumin. While eating pork ribs, I was disappointed that I did not get more. They were really good. Not as saucy as La, the sweet meat pulled away from the bone without a struggle. Although I prefer a beefier sausage, the pork and Oaxaca cheese sausage was outstanding. It had a nice flavor assisted by cilantro and Serrano peppers. The snappy casing could barely hold in the gritty pork. It was almost too cheesy if that is possible. 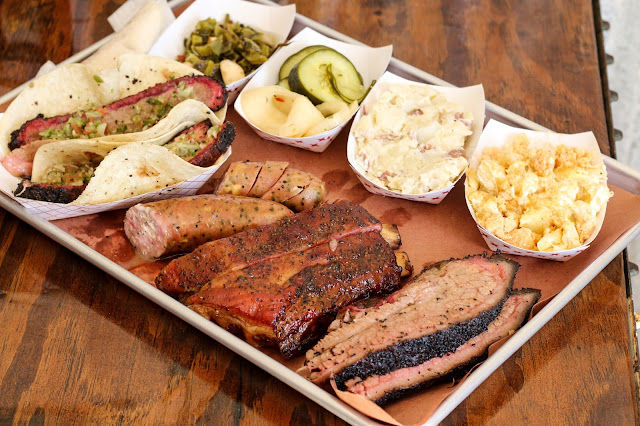 Amber’s taco was really f-ing tasty. Brisket, homemade pico on a homemade tortilla? Simple but satisfying. You also get tortillas instead of the standard white bread if you order a meal. The homemade pickled nopalitos (cactus)/Serranos/bell peppers, onions, and cucumber were great compliments and helped cleanse the palate for the next bite. The macaroni and cheese with chicharrones was wonderful. The pork rind added a crunchy texture to it, and the Oaxaca cheese acted like a glue to hold the bite together. My only complaint from the meal is the potato salad. Compared to the rest of the meal, it was boring and bland.

I love that so many new places hit the floor running now. 2M Smokehouse’s ;BBQ game is already elevated and could only get better. They have only been open for 15 days when we dropped in. That is win-win for all of us. As more word gets out, the line will only grow. Get there early and be patient. The 2M gang might want to start investing in another 1,000 gallon Austin Smoke Works smoker to keep up with demand. I am already looking forward to my next visit and trying out the rest of the menu.